The blockchain as an economic utopia. Dmitry Potapenko on why the dream does not depend on us

“the Economy must be economical — this is the demand of time”. This thesis was voiced by Leonid Brezhnev nearly 40 years ago, on one of congresses of the CPSU. During this time in Russia the managerial function of the state is strengthened so that the upgrade in fact is not, but any technology develops exceptionally economic method, that is, when it becomes economically feasible, I'm sure the businessman Dmitry Potapenko. About why faith in the blockchain close to a utopia — in an interview for BitCryptoNews. — Dmitry, I was watching one of your interviews 2016, you have then paid attention to the topic of blockchain technology. What, in your opinion, during this time changed?

— Start with the base. Distributed, or decentralized, archive, its prototype existed, in fact, always. Someone genuinely thinks that a distributed archive — is extraordinary new. No, sorry. Just before it was complicated and made sense in application only from the point of view of verification, i.e. confirmation of the data. But it was difficult to organize and it is due to the fact that the iron was slow, and software — is also, in General, tedious.

Because I'm an engineer-constructor-technologist, I understand how technology evolves. Any technology develops extremely economic method, that is, when it becomes economically viable. Technology does not grow out of nowhere. Technology grows out of money. And from this parameter, as the saving in the first place, and no more. It is an illusion that technology, whatever it may be, does not exist or that there is a methodology for resolving a particular problem existing technologies, so there is there is some kind of extraordinary breakthrough. No, everything is quite simple: a critical mass of technical, will emphasize technical, rather than technological solutions, there is a critical mass of tasks, that is, requests for decisions. And then there is the fact that many take for breakthrough, but no breakthrough there.

a Trivial example: many people admire a certain store, Amazon, or somewhere in Japan you can go to the virtual vitrine and buy the product. Well, I can say that the Metro Future Store at least so-called deserted shop, existed in the zero year. Moreover, technologically it could run five years earlier, because a key factor in these deserted technologies are so-called RFID tags and their cost. In General bulky chips, which you regularly see in clothing stores, they have always existed. And these deserted shops will be possible at the same moment, as soon as RFID labels are simply cheaper. There is some extraordinary breakthrough from the point of view of technology. This household example, that it was just okay. And the impression, as if the last time you talk to people, poverissimo in Harry Potter and the goblet of fire.

All technology in General to calculate, if you in some way monitor the situation. So that has changed, we can say: improved performance of computers, they became faster and Shirshov. Damned in the 80s, I worked for Western 6, where it was 64 kilobytes. Now say that you have a computer with 64 kilobytes… Well, he won't pull anything because a standard phone gigabytes already… That is, we get to tera - and Flopsy. It's not bad and not good. It's just the evolution of technology. Before the flash drive with one Gigabyte worth as the wing of Boeing, but now the stick is dead, because the technology itself is cheaper and was another. So over the years, only going on good growth of the circuitry, the software — it for some simple calculations becomes simpler, easier. Due to this, there is also a change in the market.

— That is to say that faith in blockchain — is a kind of economic utopia?

— you Know, blockchain — it's not bad, not good. It's like a knife. As in the story of the crypt, just not very smart people who do not have even some basic knowledge and a found a new Jesus in the name ‘block’ or ‘crypt" and now pray for it. And it only shows the weakness of the conceptual apparatus of people who want in any way something to believe, no matter what, and not to worry. And the blockchain — a technology that deserves attention and will penetrate farther because it solves the problem with the verification data without human intervention. That is, it releases and software resources, and human. That's all.

— how do you assess it from the entrepreneurial point of view that people are not only to invest in cryptocurrency, but also to create projects on that basis?

— start-UPS related to Baccano, — I did this story do not understand. The blockchain called a spade a spade, — it's the technology of storage or distribution of information. In order for there project with reference “block”, you have this information to appear, you must first stream to create, and not Vice versa. The usual tent uncle Gogi on the market creates a flow of information more than all of these chipofya the so-called fart because they are not startups... We are talking about a tent selling fruits with the use of blockchain technology. And I clearly see where this technology blockchain there prikapivatsya. She prikapivatsya to a single purchase for the CRM system. You can talk about the project in the field of ticket sales for world Cup matches with the technology of the blockchain, and it is also clear where she prikapivatsya — to the transaction and again for CRM. But the primary is not a blockchain technology, and a product that is known to all. Is it possible to make, relatively speaking, the sale of tickets or sale of pickles uncle Gogi in a nearby basement without blockchain technology? Yes, no question. Now brought everything to such an absurdity that shovels a shovel to put the word “block”, and it will sell better. It is a marketing ploy, Yes. Look, a good schizophrenic should be used. People are sick, they are ready to techlite, and it should be used. Quite a good flash mob can create.

— However, people working in technology, believe they can make a breakthrough. Our President said on the eve of the inauguration that military capabilities will be enough for the 20–30 years, and, therefore, this breakthrough technology is very necessary.

— we Have the number of nuclear warheads more than in the United States. I have to disappoint all our pseudo-patriots who Rob the country: a nuclear warhead is a weapon of revenge, which should theoretically warn a potential enemy that it is not necessary to attack us. But most importantly at this from the point of view of the economy — this is a common cost that will never return. And always wins the war economy. Living force — this is also the economy.

Though it may not like much, but you're just a battery in the matrix, which is including in the war operated. A striking example of this — world war II, which was closed by Nazi Germany from the point of view of exploitation of the rest of the world, that is technology, and the rest of the world it was closed, including us, sorry, a meat, because other technologies were not. But it is also a technology, and we then similarly for the technology pay. Man is always very sorry that he is in a relationship with a feature called “state” is a battery. For some reason he sincerely believes that for the state it something more meaningful, and its so very frustrating that he is actually just a manufacturer of electricity and everything else, and the woman at the same time — the manufacturer of the batteries, than it is more valuable than a man. But whether we like it or not, the economy of war, no one canceled, even if no one likes it. So the winner is the one who is more technologically advanced. And to say that we have some kind of stock — the question on zasypku: and 20 years ago this stock was not? I just remember the movie «Wedding in Malinovka”, where the pan ataman has a gold reserve, — now there's a wedding in Malinovka about we now. Wars are won now and won differently — information. And the information makes it all the economy. The information we all lost because you are isolated in all respects, who themselves are added. Besides the fact that the insulation we have is purely linguistic, because, remember, in Cyrillic no one uses it, and we have no partners with whom we could to stir up something. 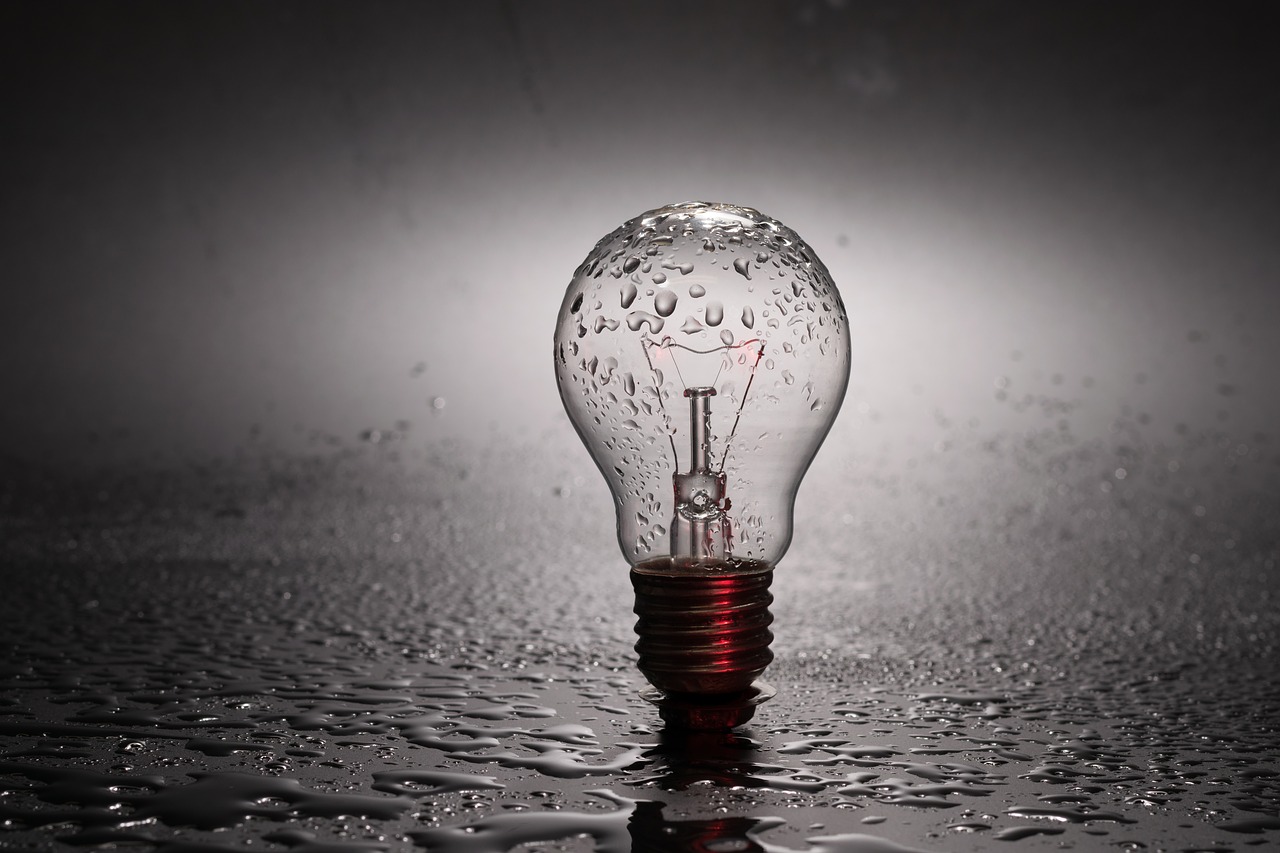 — do you Believe that such an invest-the business climate in Russia does not allow the country to modernize technologically?

— Let's be objective. In Russia is in principle impossible to develop. In Russia, there is no need. Under the current system management needs in any development simply no. Now there is only the need to maintain a management system. Yes, it will crack, Yes, it will collapse, but will collapse for the reason that she is unable to resist. Democracy may nasty thing, but it's the only thing that works in the kingdoms of the Nations around the world.

— do we Need ourselves then upgrade or can I continue to live?

— it All depends on what you mean by the word “us”. People in the control system, not need anything. Most of the people also do not need anything. So now there is a very good consensus, as “the people and the party United” — so say when the Soviet government, but the Bolsheviks failed to implement, and the existing authorities have been able and very well — the so-called conservative consensus: in General, no nothing.

— Often say that just, for example, world war II pushed us to upgrade...

— War — very unlikely. War formed does not matter. Must be a conflict within civil society, it has to be, as they say demographers, demographic overhang from the younger generation. This happens everywhere where there are young generation, we have negligible.

Теги:
Previous page
Top 20 most expensive companies of the Russian Internet: a success story Skyeng
Next page
A quantum leap in digitization. Boris Morozov on new technologies of KAMAZ
Read also
To give you the best possible experience, this site uses cookies. By using our services, you agree to use our cookies. Learn More
OK